181 Through desire a man, having separated himself, seeketh and intermeddleth with all wisdom. 2 A fool hath no delight in understanding, but that his heart may discover itself. 3 When the wicked cometh, then cometh also contempt, and with ignominy reproach. 4 The words of a man's mouth are as deep waters, and the wellspring of wisdom as a flowing brook. 5 It is not good to accept the person of the wicked, to overthrow the righteous in judgment. 6 A fool's lips enter into contention, and his mouth calleth for strokes. 7 A fool's mouth is his destruction, and his lips are the snare of his soul. 8 The words of a talebearer are as wounds, and they go down into the innermost parts of the belly. 9 He also that is slothful in his work is brother to him that is a great waster. 10 The name of the LORD is a strong tower: the righteous runneth into it, and is safe. 11 The rich man's wealth is his strong city, and as an high wall in his own conceit. 12 Before destruction the heart of man is haughty, and before honour is humility. 13 He that answereth a matter before he heareth it, it is folly and shame unto him. 14 The spirit of a man will sustain his infirmity; but a wounded spirit who can bear? 15 The heart of the prudent getteth knowledge; and the ear of the wise seeketh knowledge. 16 A man's gift maketh room for him, and bringeth him before great men. 17 He that is first in his own cause seemeth just; but his neighbour cometh and searcheth him. 18 The lot causeth contentions to cease, and parteth between the mighty. 19 A brother offended is harder to be won than a strong city: and their contentions are like the bars of a castle. 20 A man's belly shall be satisfied with the fruit of his mouth; and with the increase of his lips shall he be filled. 21 Death and life are in the power of the tongue: and they that love it shall eat the fruit thereof. 22 Whoso findeth a wife findeth a good thing, and obtaineth favour of the LORD. 23 The poor useth intreaties; but the rich answereth roughly. 24 A man that hath friends must shew himself friendly: and there is a friend that sticketh closer than a brother.

191 Better is the poor that walketh in his integrity, than he that is perverse in his lips, and is a fool. 2 Also, that the soul be without knowledge, it is not good; and he that hasteth with his feet sinneth. 3 The foolishness of man perverteth his way: and his heart fretteth against the LORD. 4 Wealth maketh many friends; but the poor is separated from his neighbour. 5 A false witness shall not be unpunished, and he that speaketh lies shall not escape. 6 Many will intreat the favour of the prince: and every man is a friend to him that giveth gifts. 7 All the brethren of the poor do hate him: how much more do his friends go far from him? he pursueth them with words, yet they are wanting to him. 8 He that getteth wisdom loveth his own soul: he that keepeth understanding shall find good. 9 A false witness shall not be unpunished, and he that speaketh lies shall perish. 10 Delight is not seemly for a fool; much less for a servant to have rule over princes. 11 The discretion of a man deferreth his anger; and it is his glory to pass over a transgression. 12 The king's wrath is as the roaring of a lion; but his favour is as dew upon the grass. 13 A foolish son is the calamity of his father: and the contentions of a wife are a continual dropping. 14 House and riches are the inheritance of fathers: and a prudent wife is from the LORD. 15 Slothfulness casteth into a deep sleep; and an idle soul shall suffer hunger. 16 He that keepeth the commandment keepeth his own soul; but he that despiseth his ways shall die. 17 He that hath pity upon the poor lendeth unto the LORD; and that which he hath given will he pay him again. 18 Chasten thy son while there is hope, and let not thy soul spare for his crying. 19 A man of great wrath shall suffer punishment: for if thou deliver him, yet thou must do it again. 20 Hear counsel, and receive instruction, that thou mayest be wise in thy latter end. 21 There are many devices in a man's heart; nevertheless the counsel of the LORD, that shall stand. 22 The desire of a man is his kindness: and a poor man is better than a liar. 23 The fear of the LORD tendeth to life: and he that hath it shall abide satisfied; he shall not be visited with evil. 24 A slothful man hideth his hand in his bosom, and will not so much as bring it to his mouth again. 25 Smite a scorner, and the simple will beware: and reprove one that hath understanding, and he will understand knowledge. 26 He that wasteth his father, and chaseth away his mother, is a son that causeth shame, and bringeth reproach. 27 Cease, my son, to hear the instruction that causeth to err from the words of knowledge. 28 An ungodly witness scorneth judgment: and the mouth of the wicked devoureth iniquity. 29 Judgments are prepared for scorners, and stripes for the back of fools.

201 Wine is a mocker, strong drink is raging: and whosoever is deceived thereby is not wise. 2 The fear of a king is as the roaring of a lion: whoso provoketh him to anger sinneth against his own soul. 3 It is an honour for a man to cease from strife: but every fool will be meddling. 4 The sluggard will not plow by reason of the cold; therefore shall he beg in harvest, and have nothing. 5 Counsel in the heart of man is like deep water; but a man of understanding will draw it out. 6 Most men will proclaim every one his own goodness: but a faithful man who can find? 7 The just man walketh in his integrity: his children are blessed after him. 8 A king that sitteth in the throne of judgment scattereth away all evil with his eyes. 9 Who can say, I have made my heart clean, I am pure from my sin? 10 Divers weights, and divers measures, both of them are alike abomination to the LORD. 11 Even a child is known by his doings, whether his work be pure, and whether it be right. 12 The hearing ear, and the seeing eye, the LORD hath made even both of them. 13 Love not sleep, lest thou come to poverty; open thine eyes, and thou shalt be satisfied with bread. 14 It is naught, it is naught, saith the buyer: but when he is gone his way, then he boasteth. 15 There is gold, and a multitude of rubies: but the lips of knowledge are a precious jewel. 16 Take his garment that is surety for a stranger: and take a pledge of him for a strange woman. 17 Bread of deceit is sweet to a man; but afterwards his mouth shall be filled with gravel. 18 Every purpose is established by counsel: and with good advice make war. 19 He that goeth about as a talebearer revealeth secrets: therefore meddle not with him that flattereth with his lips. 20 Whoso curseth his father or his mother, his lamp shall be put out in obscure darkness. 21 An inheritance may be gotten hastily at the beginning; but the end thereof shall not be blessed. 22 Say not thou, I will recompense evil; but wait on the LORD, and he shall save thee. 23 Divers weights are an abomination unto the LORD; and a false balance is not good. 24 Man's goings are of the LORD; how can a man then understand his own way? 25 It is a snare to the man who devoureth that which is holy, and after vows to make enquiry. 26 A wise king scattereth the wicked, and bringeth the wheel over them. 27 The spirit of man is the candle of the LORD, searching all the inward parts of the belly. 28 Mercy and truth preserve the king: and his throne is upholden by mercy. 29 The glory of young men is their strength: and the beauty of old men is the grey head. 30 The blueness of a wound cleanseth away evil: so do stripes the inward parts of the belly. 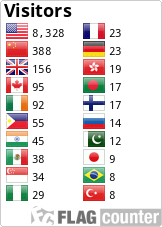